A palindromic number reads the same both ways. The largest palindrome made from the product of two 2-digit numbers is 9009 = 91 x 99.

Find the largest palindrome made from the product of two 3-digit numbers.

I started by the brute-force method to find this mysterious number.  First, with a double loop, make all the possible products with numbers from 100 to 999. Then, convert this product in a string to index each element one by one. It is possible improve this step, but we will talk about it later.

Compare the first digit with the last one, the second with the next to the last and so forth. If this test fails, pass to another product. Otherwise, save the palindrome number in a list.

This is my first implementation:

However, Python has a very intuitive way to slice lists and we could use it to make a better test for palindromes.

Briefly, for a list called my_list, we could index it by my_list[start:end:step]. Thus, if we slice the list with a step equal to -1, we get the elements of my_list reversed. For a more pedagogic explanation, I recommend you the python documentation (Common Sequence Operations).

To check if a string is a palindrome or not we have only to check if number == number[::-1].

So, we need to search the largest number divisible by 11 below 998001. I did not make this version, but it should be easy.

Until the next problem, eulerians! 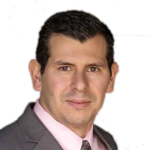 Invite me a coffee!

Clicking some ads once in a while will let me to create more valuable content for you. Thanks for your support!

We become what we think about.

About the garbled posts

You have noticed that many post look garbled and unreadable.

I am changing a lot of things inside the blog and it takes times.

Thanks for you patience, all the content will be fully available as soon as possible.